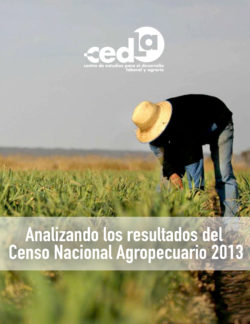 Our research on this topic [1] shows that private property in land and private usufruct in land have spread their presence in the countryside, even reaching peasant communities or indigenous territories (TCO/TIOC [2]) holding either long-standing or recent collective property titles.

The results of the latest national agricultural census reveal that out of the 34,6 million hectares held by all agricultural production units (APUs) combined, 84,1% (29,1 million ha.) have land ownership titles or are about to obtain them. The remaining 15,9% (5,4 million ha.) is distributed between different types of private usufruct: lands granted by communities, land tenancy, lands taken care of and “al partir” or “al partido”. Private land ownership, unlike other ways of accessing land, is dominant across the plateaus, valleys and plains of the country. 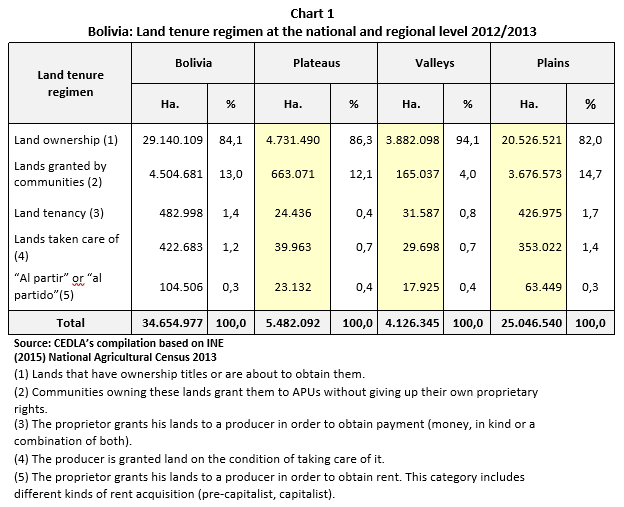 Chart 2 evidences the predominance of lands granted by communities in comparison to other types of usufruct. These lands belong to local communities who grant them to APUs, but keep collective ownership over their lands. Nevertheless, usufruct rights are usually inherited, which means that these lands originally owned by communities are actually treated like private property, thus proving that private usufruct in land has spread to collective areas belonging to local communities –which are used for communal activities like herding and others–, and has progressively reduced them. 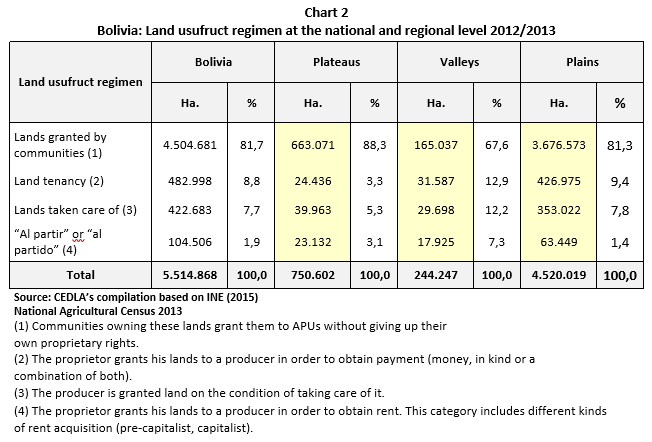 In the case of land tenancy and “al partir” or “al partido”, the data does not provide any information on the kind of rent received by the land proprietor, be it of pre-capitalist (rent in kind, money rent, sharecropping), or capitalist nature (whether by renting land to a capitalist producer, or by receiving part of the production (al partir) agreed upon with a capitalist producer). Anyway, it is safe to assume that a good portion of lands under tenancy agreements is subject to capitalist modes of production –especially in the plains. In addition, the case of quinoa production in the southern plateaus of Bolivia demonstrates that capitalist land rent can also be obtained through arrangements that are apparently more reciprocal, like “al partir” or “al partido”.