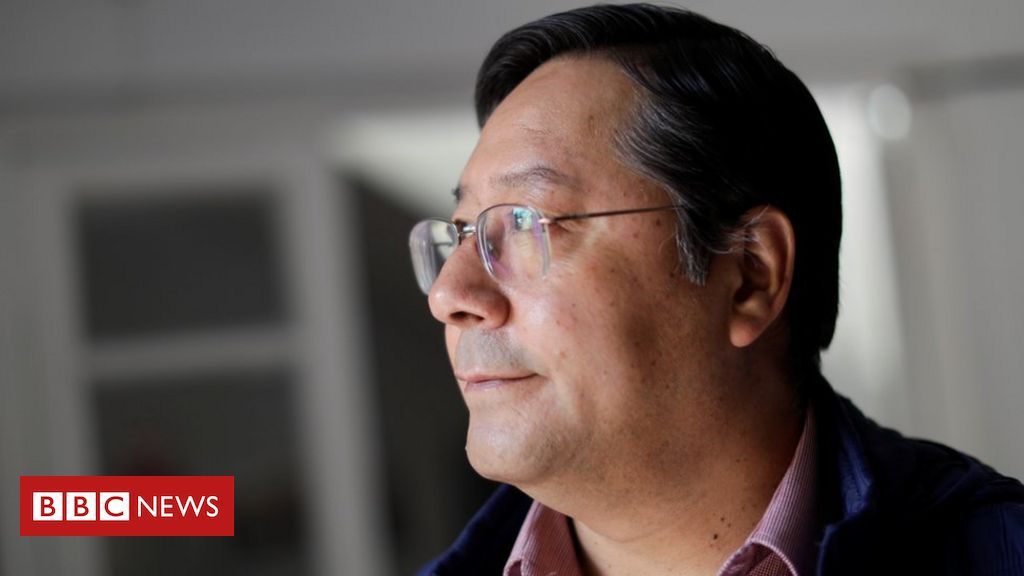 The election of former Minister of Economy, Luis Arce, for the Presidency of Bolivia, on Sunday (10/18), would not have occurred if the election had been held on the original date of the election, on May 3, pointed out the opinion of the period.

In five months, between May and October, the Movement for Socialism (MAS) party, of Arce and ex-president Evo Morales, regained ground until winning with 55.1% of the votes, in the first round of the election. Opponent Carlos Mesa, from the Citizen Community (CC), received 28.83% of the vote, according to the total count of the polls, released on Friday.

With the election of Arce, the MAS vote was expanded and returned to be similar to the result of Evo’s first election, in 2005, when he received 54.4% of the votes.

In relation to the October 2019 election, which was canceled, MAS grew by about eight percentage points. Last year, Evo received 47.07% of the votes and Mesa 36.51%. Evo supporters point out that he was elected and called the annulment of the vote a “coup”.

His opponents had reported an alleged fraud. When he ran for the fourth consecutive term, he disrespected the result of the 2016 referendum when the “no” to his new candidacy won the “yes”, by a narrow margin of votes. There was an appeal to the Judiciary, however, and the candidacy was authorized.

The possibility of fraud at the polls has been ruled out by international checks.

For a year, between October last year and this year’s election, Bolivia experienced a political upheaval and was governed by interim President Jeanine Áñez, who initially seemed to have a chance of being elected. First, she said she would not be a candidate, then she launched a candidacy and, with her worn image, ended up giving up on the election race.

In the five-month period, between May and voting day, on the 18th, the Movement for Socialism took its electoral turn. The postponements of the election to the Quemado presidential palace, announced by Áñez, ended up benefiting MAS. In a pandemic year for the new coronavirus, the election was postponed, first, to May 17, then to September 6 and, lastly, last Sunday.

In May this year, pointed out the poll of the company Ciesmori, from La Paz, Luis Arce had 25% of the voting intentions, Áñez, 26%, and Mesa added only 12%.

What happened between the possibility of defeat or a difficult election in May, and the broad victory of October? What facts caused the growth of MAS?

In an interview with BBC News Brasil, political analyst José Luis Galvez, director of the research firm Ciesmori, from La Paz, who anticipated and agreed on Arce’s broad victory in the exit of the exit, said that “several reasons” explain the change of the electoral scenario in Bolivia in five months.

In May, Jeanine Áñez, said Galvez, was running for the top spot in voting intentions with MAS. In September, a month before the election, after her support waned 17% amid the strain of her administration, she announced that she was giving up her candidacy. And he went on to say that the opposition should “unite to prevent the return of the Evo dictatorship”.

“Voters began to perceive that corruption became greater in the government of Jeanine Áñez, who had promised the opposite of what was seen. The abusive use of (official) airplanes and the report of corruption in the purchase of respirators ( for coronavirus treatment) were some of the decisive facts for the electorate “, said Galvez.

The Bolivian analyst said that with the case of respirators, the reputation of Áñez and his government “has collapsed for good”. In addition to overpricing, the respirators did not work for the treatment of covid-19, according to complaints that led to the fall of the Minister of Health of Áñez’s administration.

“There is a consensus in the Bolivian electorate that the government of Jeanine Áñez did not work and committed abuses of corruption and power. Those who hoped that this transitional government would lead the country to change, saw that this change did not exist,” he said. .

Last year, he said, more than 60% of the Bolivian electorate stated, in a poll conducted by Ciesmori, that they had already voted for Arce and Evo’s party. In fact, in Evo’s third straight election in 2014, he received about 60% of the vote.

In the current scenario of historical economic crisis in the country, caused by the pandemic, the drop in gas sales and political uncertainties, Arce came to be seen as the best option among the undecided.

With Evo’s support, he was responsible for economic stability, with a sharp reduction in poverty rates, during the 13 years of MAS’s management and received praise even from the International Monetary Fund (IMF) for fiscal responsibility.

His profile led the undecided to choose his election. The latest poll before the vote, which was conducted ten days before the election, showed that 27.8% of voters said they would vote blank, null or did not know who they would vote for, Galvez said.

The picture suggested the possibility of a second round, according to different political and economic analysts. “MAS had a chance of winning, but we found it difficult to win in the first round. It was a surprise,” said economic analyst Javier Gómez, from the consultancy Center for Studies on the Development of Labor and Agrarianism (Cedla, in the acronym in Spanish), from La Paz.

In the view of Ciesmori’s Galvez, the MAS’s broad advantage was a result of the opposition’s “mistakes”. “The opposition, in addition to being fragmented, did not know how to attract the electorate. Many, who are not voters of MAS, chose Arce, for what he did in the economy, and because, in the final stretch of the vote, opponent Luis Fernando Camacho transmitted the prospect of violence, “said Galvez. Camacho received 14% of the votes in the country.

But his vote was mainly concentrated in Santa Cruz de la Sierra, on the border with Brazil. This department is the economic engine of the Gross Domestic Product (GDP) and, generally, averse to the choices of La Paz, the most visible face of Bolivian indigenous culture.

Dissatisfied with the result, Camacho voters staged protests, accusing the vote of fraud and called for new demonstrations this weekend.

In addition to the problems of the opposition, the economic crisis, and violence, another fact contributed to the election of MAS, the fact that Mesa was almost “apathetic” in the face of political virulence.

“In one of the polls, I heard from voters a definition about Mesa that I have not forgotten: ‘It is a carnivore fight and Mesa is not even a vegetarian, he is vegan’. And that did not help him. He also favored MAS,” said the analyst at Ciesmori.

Defined as conciliatory and patient, Arce said he would make a “unity” government. There will be challenges such as voters dissatisfied with the return of MAS and the balance within the Movement for Socialism itself, of which its deputy, former Chancellor David Choquehuanca, and former President Evo Morales are part.