One of the strongest arguments to demonstrate the current “feminization of agriculture” in Latin America and the Caribbean is the increased percentage of agricultural production units that are in charge of women. This phenomenon is caused by: increased male emigration for longer periods of time; increased male participation in non-agricultural economic activities; or, an increased number of men who desert their families. [1]

According to FAO, 8 to 30% of agricultural production units (APUs) in Latin America and the Caribbean are in charge of women. If we add the National Agricultural Census 2013 information to this data, we can see that –at 25%– Bolivia, along with Ecuador and Haiti, has the third highest percentage in the region, only behind Panama (29%) and Chile (30%). (See chart below). 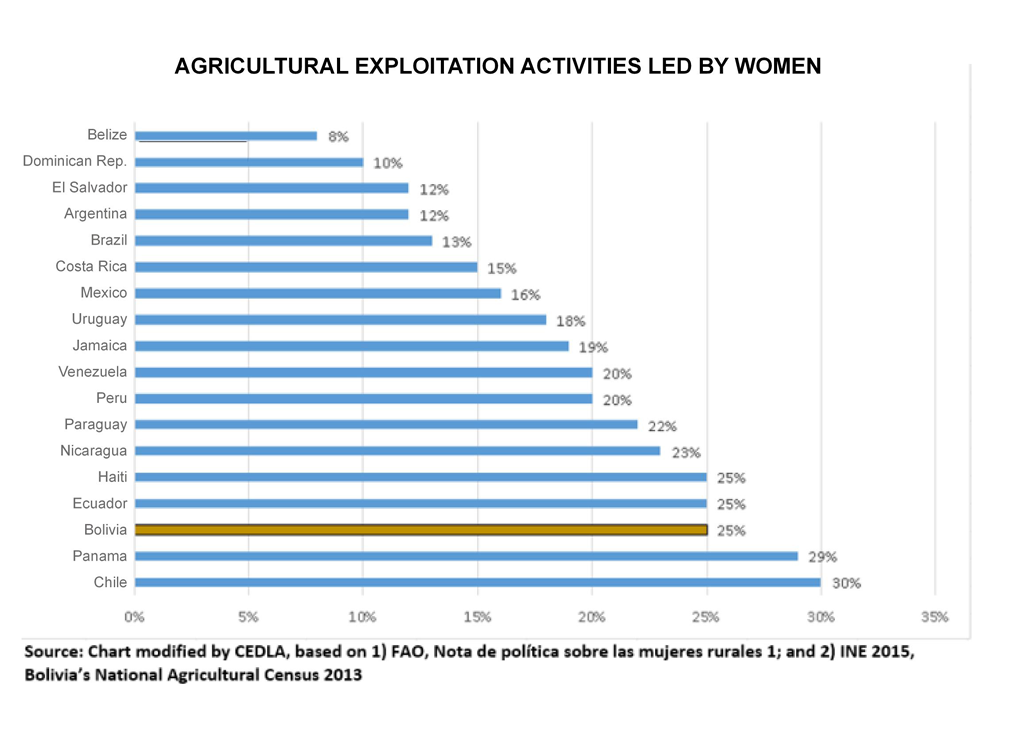 Within the country, the departments with the highest percentages of women running agricultural production units are La Paz at 29,2% and Cochabamba at 28,7%; it is in these departments where for-profit peasant agricultural activities have a stronger presence, and where male labor emigration, whether permanent or temporary, is rather significant.

On the other hand, Santa Cruz, Beni and Pando, departments where there is a dominant presence of medium and large-sized capitalist agricultural companies, present a lower participation of women in agricultural activities.

Finally, in departments such as Chuquisaca and Potosí, where agricultural exploitation is not entirely motivated by profit, the percentages of women in charge of APUs are also lower, mainly because the market has not yet managed to transform the most traditional family nuclei, in which peasant labor is still men’s territory. 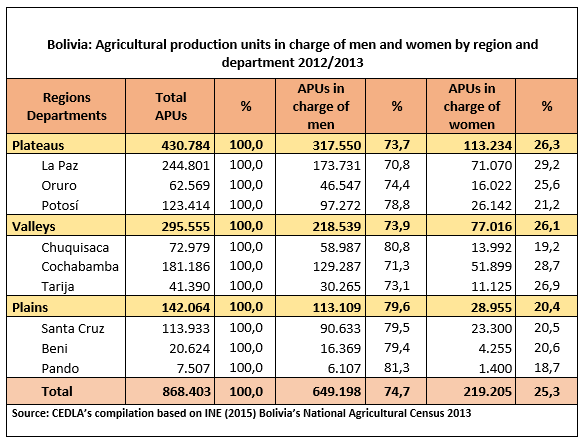